Pictures reporting to show the condition of young bulls aboard one of the livestock ships docked off Spain last month.
This is an industry which appears to be willing to visit any depth of depravity for money, and an industry which far too many of our politicians are willing to support for society to be healthy.
Ask your candidates in the coming Scottish elections whether they back this trade. Just a yes or no answer, no flannel about how “welfare is of the highest priority…….”. 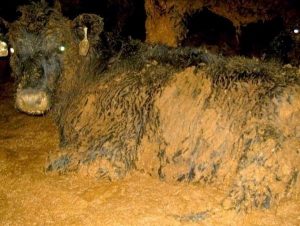 If they think this industry is acceptable, they shouldn’t be anywhere near levers of power. They should be in a prison cell.
This situation, and all the other misery and pain and fear we put animals through just because we can, has got to come to an end. 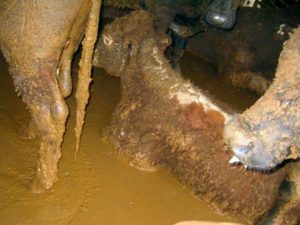 If we don’t pull those responsible from their chairs and hold them to account, we’ll never be able to look our children and grandchildren in the eyes.
87 million, 615 thousand+ animals slaughtered

They’ve chosen not to follow England and Wales in backing a ban on live exports.

The Scottish Government has instead proposed that Scotland retain the option to continue the trade via licensing from the UK Animal and Plant Health Agency.

In the past few months alone we’ve seen the Scottish Government and MSPs turn their backs on a chance to fix our broken animal welfare legislation, and create an “Animal Welfare Commission” stuffed with commissioners connected to hunting & shooting, racing and zoos.

This position on live exports further dispels any illusion that the current administration, or indeed any party present at Holyrood, has any interest in protecting animals properly.

It’s uncomfortable for many, but special criticism must go to the welfare organisations who always appear on cue to congratulate Ministers and MSPs when they introduce empty gesture measures and legislation.

Scotland’s politicians have made our country a safe space for animal abusers, and these groups and individuals are enabling them.

We need to stand up and and speak up for those who can’t defend themselves from the power of the killing industry and their friends in authority. You don’t join them in self- promoting photo shoots, and cheap publicity stunts, peddling a falsehood that they’re “getting tough” on cruelty.

Moving into 2021, every decent person must accept that our present representatives will only ever let animals down. They’ve rigged the game.

Join us, and together we’ll take the fight to them.

The UK Government has launched a consultation on it’s plans to end live exports for fattening or slaughter. See consultation and info here, please complete and share.

There are also proposals to improve welfare during internal transport.

Legislation will introduce a ban on the export of live animals (for fattening or slaughter) where the transport begins in England or Wales, or travels through these countries.

Scotland for Animals have long been concerned that if any ban is not introduced under the category of export of goods, i.e. applicable UK wide, the Scottish Government which supports the continuation of live exports may take advantage of the situation and keep the trade going.

Under the current UK/ EU treaty goods are able to still move uninterrupted through Northern Ireland and into the European Union. Knowing the current administration’s deference to the meat and dairy industry we don’t believe for a minute that they wouldn’t seize this opportunity for a Scottish live exports trade.

We’ll be watching this closely, and will take necessary measures if it the Scottish Government doesn’t do the right thing.

Regardless, today’s announcement is a huge achievement, and is down to the hard graft and dedication of people like Stop Live Exports From The Port of Ramsgate, Kent Animal Defenders, and you.

Never, never give up.